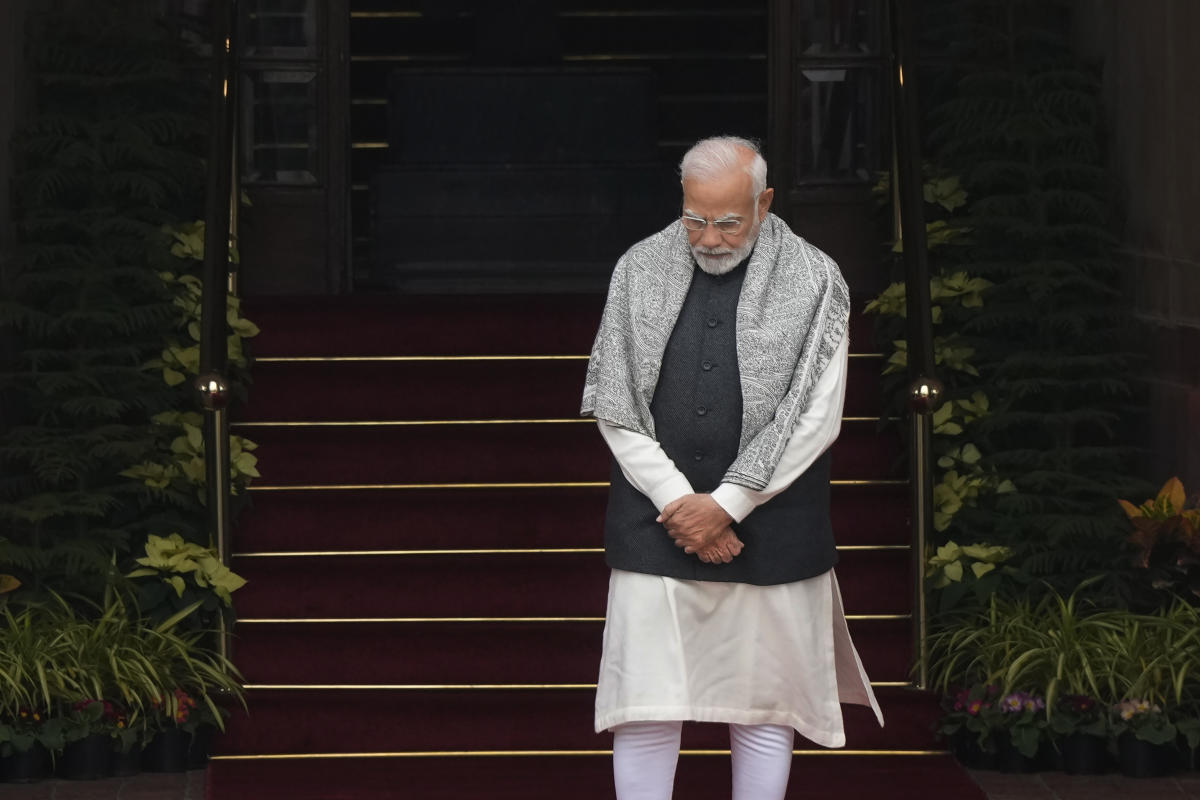 NEW DELHI (AP) — Days after India blocked a BBC documentary examining Prime Minister Narendra Modi’s role in the 2002 anti-Muslim riots and banned people from sharing it online, authorities are trying to stop the program from being shown in colleges and universities and restrict his clips on social media, a move that has been decried by critics as an attack on press freedom.

Tensions escalated in the capital, New Delhi, on Wednesday at Jamia Millia University, where a student group said it planned to screen the banned documentary, prompting dozens of police armed with tear gas and riot gear to gather outside the campus gates.

Police, some in plainclothes, clashed with protesting students and arrested at least half a dozen, who were taken away in vans.

“This is the time for the Indian youth to articulate the truth that everyone knows. We know what the prime minister is doing in society,” said Liya Shareef, 20, a geography student and member of the Fraternity Movement student group.

Jawaharlal Nehru University in the capital cut off power and internet on its campus on Tuesday ahead of a scheduled screening of the documentary by a student union. Authorities said it would disturb the peace on campus, but students watched the documentary on their laptops and cellphones after it was shared on messaging services such as Telegram and WhatsApp.

The documentary has caused a storm in other Indian universities as well.

Authorities at the University of Hyderabad, in southern India, launched an investigation after a group of students screened the banned documentary earlier this week. In the southern state of Kerala, workers from Modi’s Bharatiya Janata Party staged protests on Tuesday after some student groups linked to rival political parties defied the ban and questioned the programme.

The two-part documentary “India: The Modi Question” was not broadcast in India by the BBC, but India’s federal government blocked it over the weekend and banned people from sharing clips on social media, citing emergency powers under its laws for information technology. Twitter and YouTube complied with the request and removed many links to the documentary.

The first part of the programme, released last week by the BBC for its British audience, revives the most controversial episode of Modi’s political career when he was chief minister of the western state of Gujarat in 2002. It focuses on anti-Muslim riots in which more were killed on from 1,000 people.

The riots have long dogged Modi over allegations that authorities under his watch allowed and even encouraged the bloodshed. Modi denied the charges and the Supreme Court said it found no evidence to prosecute him. Last year, the country’s top court dismissed a petition filed by a Muslim victim challenging Modi’s acquittal.

The first part of the BBC documentary is based on interviews with victims of the riots, journalists and rights activists, who say that Modi seemed on the other side during the riots. It cites, for the first time, a secret British diplomatic inquiry that concluded Modi was “directly responsible” for the “climate of impunity”.

The documentary includes testimony from then-British Foreign Secretary Jack Straw, who says the British inquiry found that the violence by Hindu nationalists was aimed at “purging Muslims from Hindu areas” and that it had all the “characteristics of a ethnic cleansing”.

Suspicions that Modi quietly supported the riots led the US, UK and EU to deny him a visa, a move that has since been reversed.

India’s foreign ministry last week called the documentary a “propaganda piece designed to promote a highly discredited narrative” that lacked objectivity and accused it of “bias” and “a continued colonial mentality.” Kanchan Gupta, a senior adviser in the government’s Ministry of Information and Broadcasting, denounced it as “anti-India rubbish”.

The BBC said in a statement that the documentary was “rigorously researched” and included a wide range of voices and opinions.

“We offered the Indian government the right to respond to the issues raised in the series – it declined to respond,” the statement said.

The second part of the documentary, released on Tuesday in the UK, “examines the record of Narendra Modi’s government since his re-election in 2019,” according to the film’s description on the BBC website.

In recent years, India’s Muslim minority has come under fire from Hindu nationalists, emboldening a prime minister who has largely remained mum on such attacks since he was first elected in 2014.

The ban has sparked a wave of criticism from opposition parties and rights groups who have condemned it as an attack on press freedom. It also brought more attention to the documentary, prompting dozens of social media users to share clips on WhatsApp, Telegram and Twitter.

“You can ban, you can suppress the press, you can control the institutions… but the truth is the truth. He has a bad habit of going out,” Rahul Gandhi, leader of the opposition Congress party, told reporters at a press conference on Tuesday.

Mahua Moitra, an MP from the Trinamool Congress political party, tweeted a new link to the documentary on Tuesday after removing an earlier one. “Good, bad or ugly – we decide. The government is not telling us what to watch,” Moitra said in her tweet, which was still open Wednesday morning.

Human Rights Watch said the ban reflected a broader crackdown on minorities under the Modi government, which the rights group says has often invoked draconian laws to stifle criticism.

Critics say press freedom in India has declined in recent years, and the country fell eight places, to 150 out of 180 countries, in last year’s Press Freedom Index published by Reporters Without Borders. He accuses the Modi government of silencing criticism on social media, particularly Twitter, a charge that senior figures in the ruling party have denied.

The Modi government regularly pressures Twitter to limit or ban content it deems critical of the prime minister or his party. Last year, he threatened to arrest Twitter staff in the country for refusing to ban accounts run by critics after sweeping new regulations for tech and social media companies were implemented.

The ban on the BBC documentary comes after a government proposal to give the Press Information Bureau and other “fact-checking” agencies the power to remove news deemed “false or false” from digital platforms.

The Editors’ Guild of India urged the government to withdraw the proposal, saying such a change would amount to censorship. 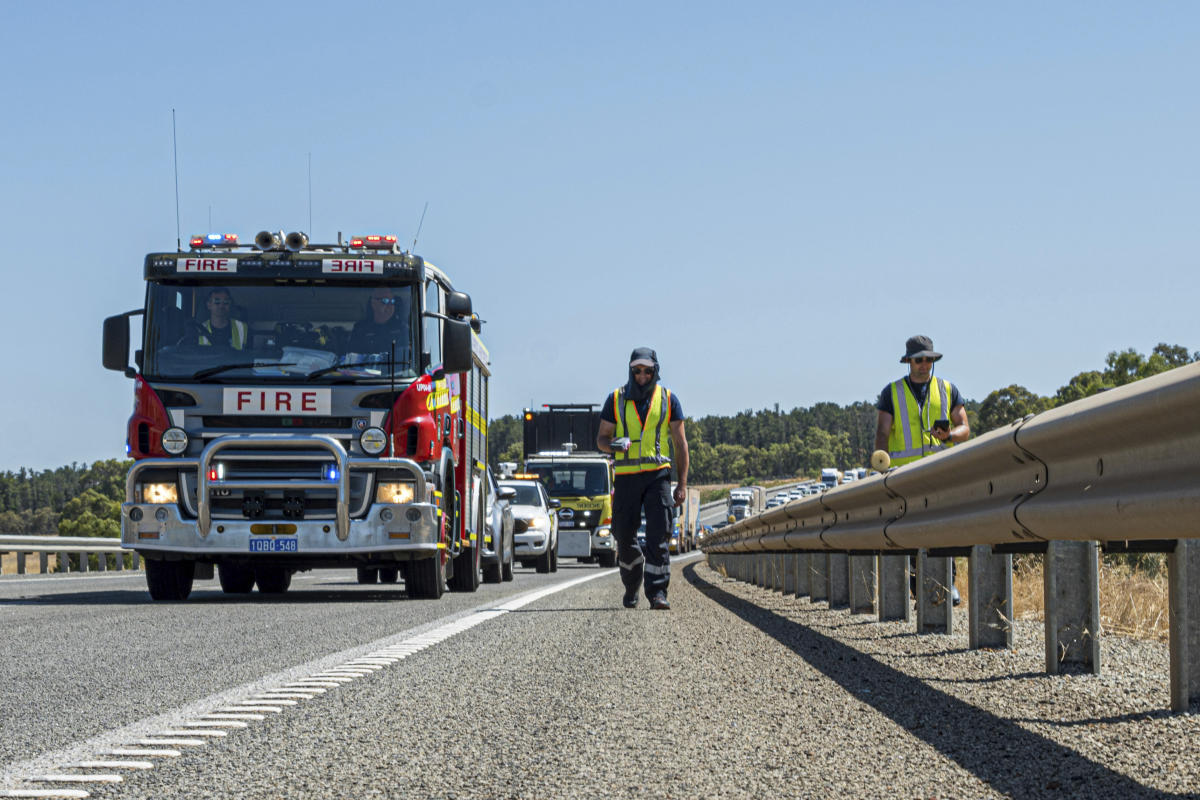 Radioactive capsule that fell from a truck found in Australia 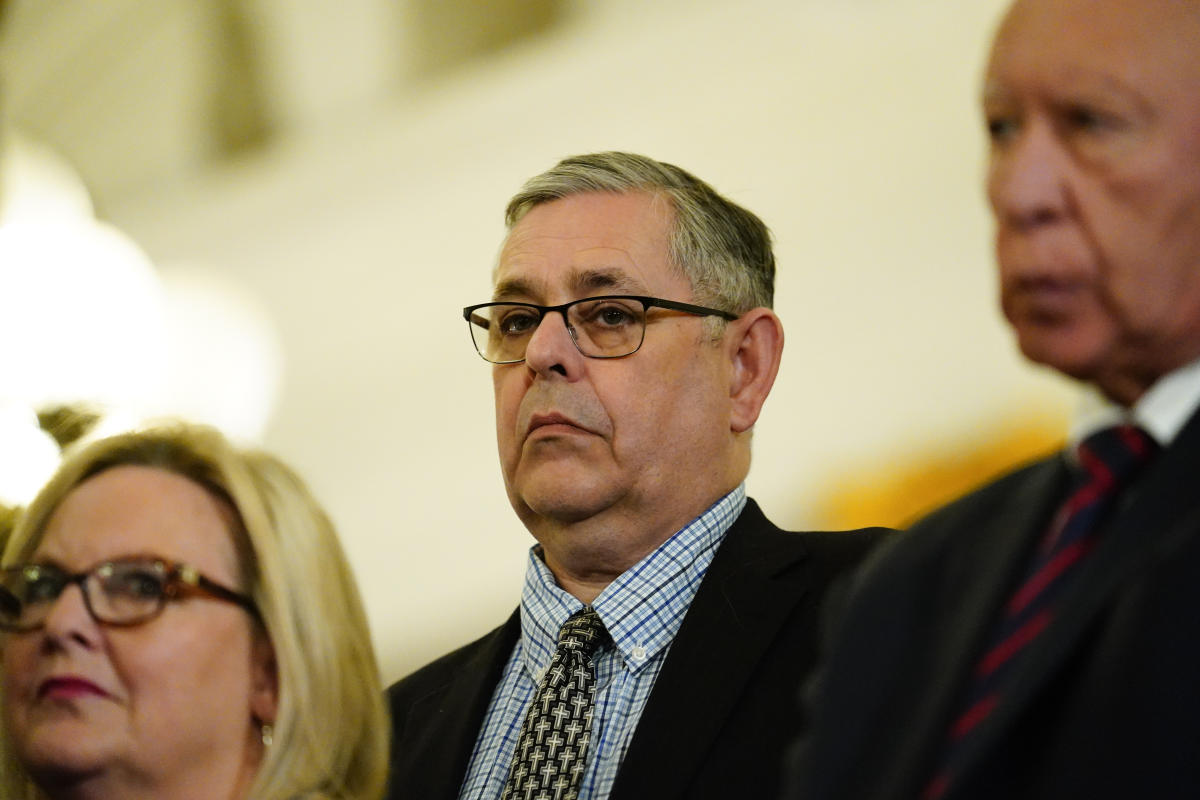 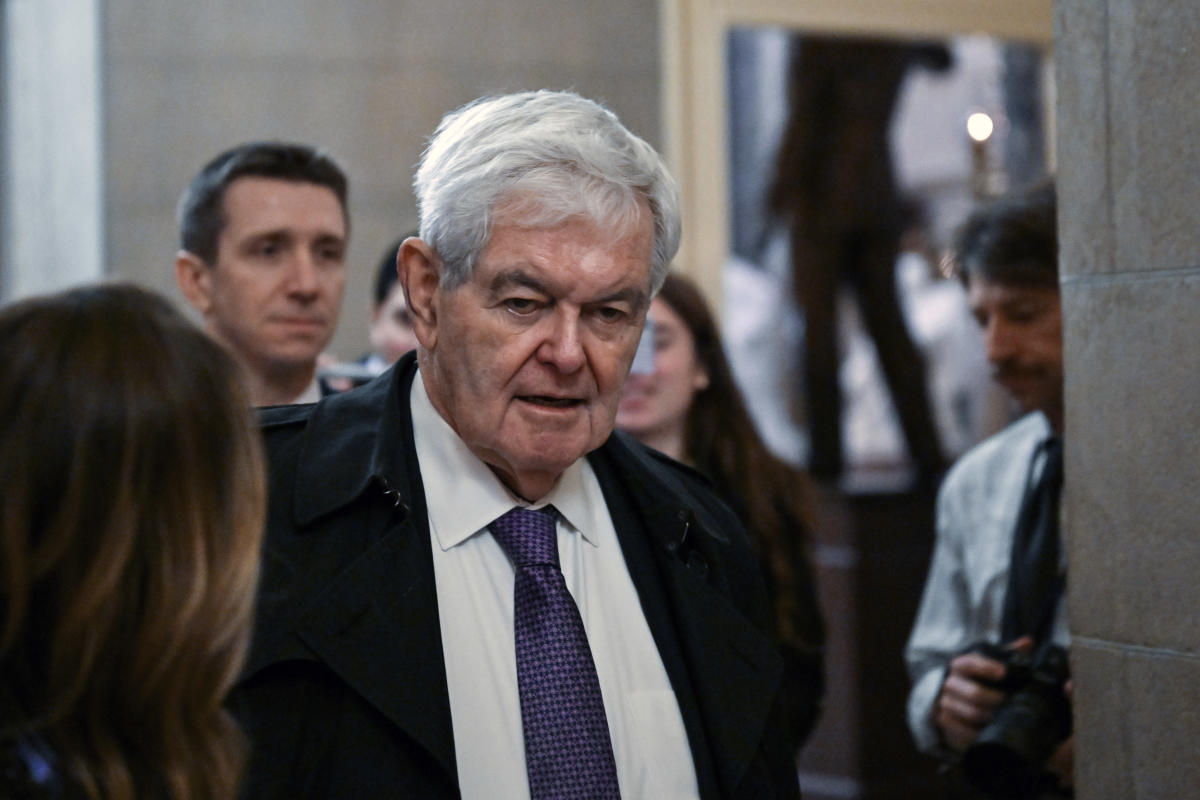 Republicans are reviving a debate over term limits