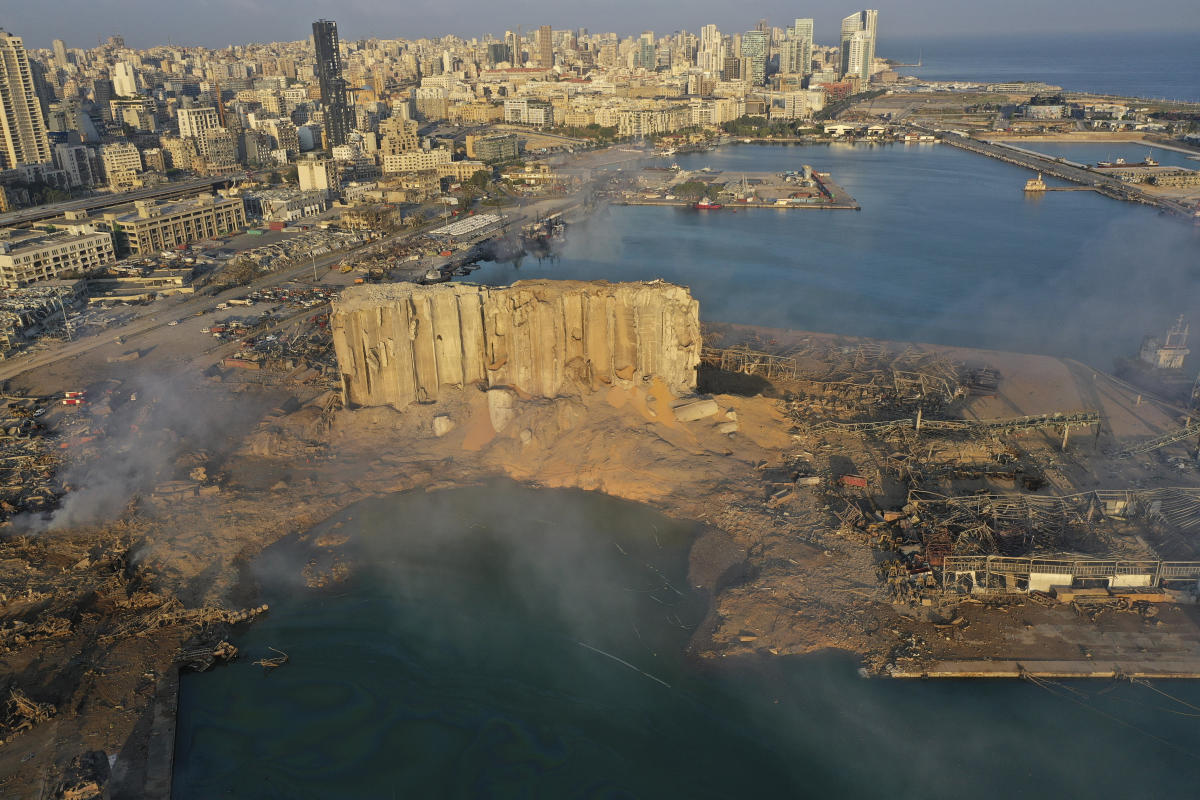 BEIRUT (AP) — Lebanon’s top prosecutor on Wednesday ordered the release of all suspects held in the investigation into the deadly 2020 Beirut port explosion and filed charges against the judge leading the probe, he told The Associated Press.

The move by Attorney General Judge Ghassan Oweidat marked another blow to the investigation, which has been stalled for years. The investigation threatened to shake up Lebanon’s ruling elite, which is riddled with corruption and mismanagement, and helped push the country into an unprecedented economic collapse.

Oweidat accused Bitar of continuing his job despite legal challenges against him that had stalled the investigation, abuse of power, performing work contrary to his privileges and exceeding his authority. He also issued a curfew.

The decision came after Bitar on Monday resumed the investigation into the devastating explosion at the port, following a 13-month hiatus due to legal challenges brought by politicians accused in the probe — including the attorney general.

Bitar in a statement on Wednesday said Oweidat’s decision to release the detainees was “illegal” and that he could not blame a judge who has already charged him in an investigation.

Oweidat in December 2020 announced his withdrawal from any involvement in the Beirut blast investigation due to his ties to accused former minister and MP Ghazi Zeiter.

Bitar told The Associated Press that he would continue the investigation, “even if it’s going to cost me my life” and hoped there would be an indictment before the third anniversary of the blast next August.

“I have nothing against Judge Oweidat, but there are some suspicions that have arisen. He should come and defend himself,” Bitar said. “I will continue with the case and will not leave it unless I am removed completely.”

“All those I call must come because the blood of the victims is above all,” the judge added.

Hundreds of tons of highly explosive ammonium nitrate, a material used in fertilizers, detonated in the port of Beirut on August 4, 2020, killing 218 people, injuring more than 6,000 and destroying large parts of the Lebanese capital.

Seventeen prisoners have been held in pre-trial detention for years pending the results of the investigation. Although they were ordered to be released, they must remain in the country.

Lawyer Sakher El Hachem, who is representing former port authority chief Hassan Koraytem and a former port officer, US citizen Ziad al-Ouf, told the AP that they had received confirmation of the decision from the judiciary and that his clients would be released. on Wednesday.

Officials added that Oweidat sent a police officer to Bitar’s residence to notify him of the charges and instruct Bitar to visit his office, but the mischievous investigator refused to speak with him.

“We’ve been waiting for this for so long because he’s been held illegally for two and a half years,” al-Ouf’s daughter, Dalia, told the AP. “What happened today is very exciting and we are very happy.”

“We thought it would never come out, because you never know here with the laws of Lebanon and the whole political situation, so we were never sure when it would happen,” he said.

Mody Koraytem, ​​the sister of the former head of the port authority, said the release of the prisoners was long overdue and claimed they were all innocent.

“As a port authority there was nothing they could do about it (ammonium nitrate),” he said, adding that they were doing their job since the judiciary cleared the deadly cargo to enter the port.

Some of the detainees had already left the jail by late Wednesday afternoon, including former customs chief Badri Daher. “Oweidat did the right legal thing,” said his lawyer, Celine Atallah. Daher was unavailable for comment.

Justice Bitar is the second investigator to lead the investigation into the port blast and has indicted over a dozen senior civil, security, port and security officials.

On Monday, Bitar ordered the release of five of the 17 detainees in the case and indicted eight officials, including top intelligence officials Lt. Gen. Abbas Ibrahim and Lt. Gen. Tony Saliba, as well as Oweidat.

The judge also summoned at least 14 politicians and judicial, insurance and customs officials for questioning in February. Senior officials have repeatedly refused to come forward for questioning since the investigation began.

Bitar took over after the removal in February 2021 of Judge Fadi Sawwan over allegations of bias by two Cabinet ministers. If he is also removed, it could be the final blow to the investigation.

Most of the families of the blast victims supported Bitar and called on the authorities to allow a thorough and unimpeded investigation. However, some have given up hope of a domestic investigation and have supported a UN-mandated fact-finding mission.

They condemned Oweidat’s decision on Wednesday and called for a protest.

“It destroys any hope we have left,” said Paul Naggear, an activist for the families of the blast victims and the father of a 3-year-old boy who died in the blast. “They want to end the investigation. That’s the only explanation.”

Naggear said he sympathizes with the families of the inmates. But he believes they have been “manipulated” by Lebanon’s political leadership to blame Bitar for not releasing them sooner rather than accusing the authorities of putting the investigation on ice.

Amnesty International said the Lebanese authorities have no interest in justice.

“The Lebanese authorities have broken the law, brazenly sidestepping an ongoing criminal investigation and retaliating against a judge who was simply doing his job,” said Amnesty’s Deputy Regional Director for the Middle East and North Africa Aya Majzoub.

Lebanon’s political leadership has accused Bitar without evidence of bias in his investigation, with some calling for his removal.

Lebanese media reported earlier on Wednesday that the Supreme Judicial Council, the country’s highest judicial body, will meet on Thursday to discuss Bitar’s status in the investigation and a proposal to bring an assistant judge into the investigation. 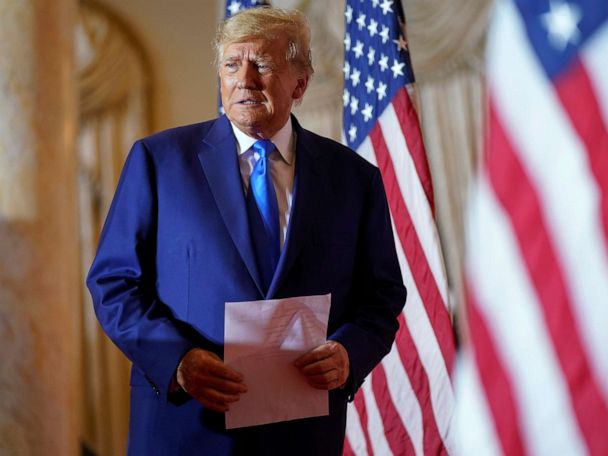 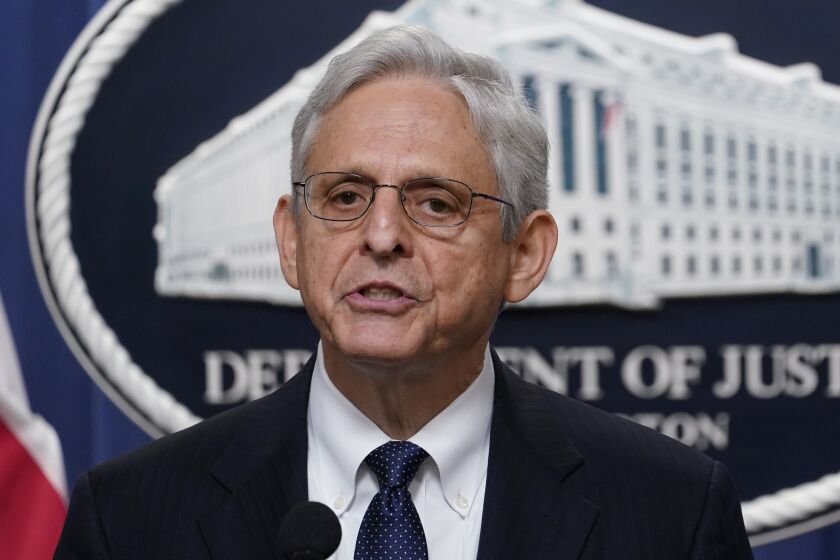